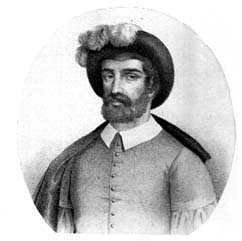 Anyone who watches Star Wars, Star Trek or any other sci-fi flicks knows the excitement of watching humans explore a new world. It’s exciting mainly because we currently can’t do it. At best, we can send trash can-sized robots to Mars and a few older robots at the edge of our solar system. The last time we stepped on the moon was in 1972. Essentially, we’ve been stuck in low earth orbit for 40 years.

Trump indicated he wanted to lead in space, including going back to the moon and then to Mars. Plenty of people talk about going big in space. I remember Bush telling us we’d get a moon base, and Obama saying eloquent words about NASA. But they didn’t get the job done.

It is easier to do something in the realm of the possible. Sending people to the space station, while it is challenging, doesn’t push any boundaries in space. We aren’t going to learn a lot more in low earth orbit. Building a moon base will give us the knowledge needed to build a base on Mars, and building on Mars will eventually get us off Earth permanently.

You would think people would be excited about this. Trump understands he can’t fund both efforts, and his push to allow funding for the space station to expire is done for exactly this reason. Yet already people are lining up to say they will fight him.

This isn’t unprecedented. Back in age of exploration, plenty of people never left the shore line. They told the exploring mariners of their day that they were crazy to try and cross into the Indian Ocean, Atlantic, Pacific and eventually travel around the world. But after each of these feats, it encouraged others to do the same. Magellan’s expedition nearly ended in failure, but his survivors (Juan Elcano and 17 others) returned home to a huge welcome, and Juan was awarded money and numerous titles. Subsequent circumnavigations were never viewed nearly as highly, and over time it was just routine.

We need to get that way in space, first with the moon and then with Mars, and we can only do that if we leave our own shore line behind.

This post represents the views of the author and not those of the Department of Defense, Department of the Navy, or any other government agency.

Once of the Seven

Listen to your Granny

Catholic CD of the Month

Oh God, you who gave free will to your creation, bless those who use that precious gift to blog.

May we though this gift of freedom of expression enlighten, entertain and inform our readers, and we ask particular blessing for those who bring your word across the net, that they may faithfully execute your command to make disciples of all nations.

We ask this through Christ our Lord, Amen.